The 2018 London Swans Boat Party was a roaring success on June 9th as over 120 people partied the night away on the River Thames. It was night that had it all – goodbyes, an unexpected guest, John Farnham’s the voice, some terrible dancing, and the official debut of the London Swans Budgy Smugger design. 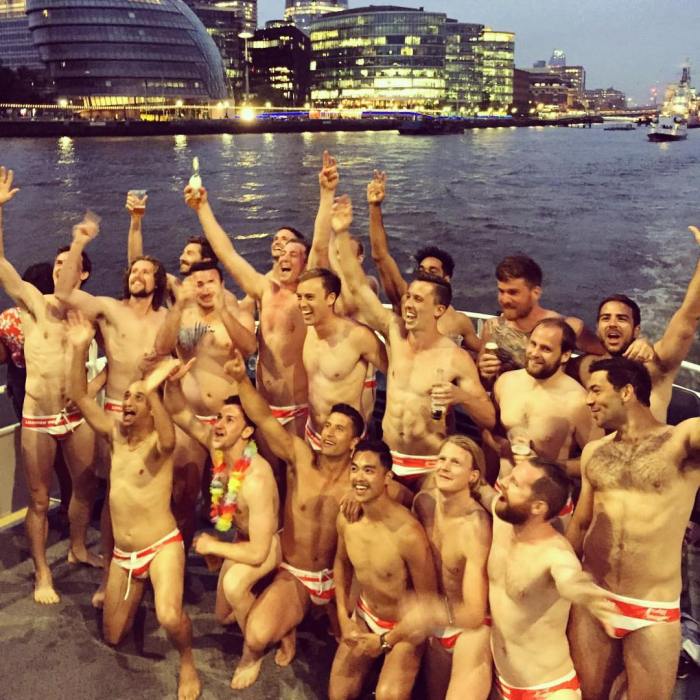 During what was the biggest Swans boat party yet, guests were entertained by Swannies stalwart Hammo ,who made his DJ debut.

“People say they don’t like disco but you put some disco on, and they dance. It’s not just fact, it’s science,” DJ Hammo said.

“I’ve been wearing terrible shirts and bulky headphones for years so to finally get paid to do it, with these legends, well…what an experience.”

(Editor’s note: Hammo is also available for Children’s Parties and Bar Mitzvahs, and he’s as cheap as they come – we paid him two pints. We may have overpaid him in truth.) 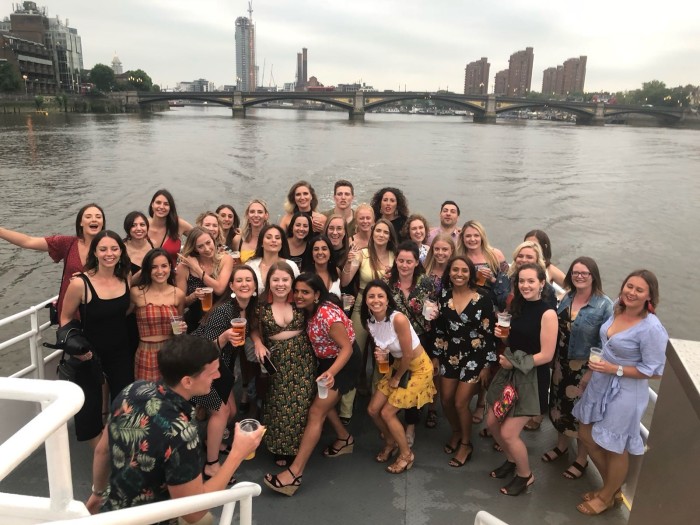 With the dance floor warming up and resident disco-diva Maddy McCoombe taking charge with some serious shapes, it was time for the next round of entertainment for the evening – the Swannies Budgy Smuggler debut.

Club pest Brandon Ellis had organised the Smugglers to coincide with his final game for the Swans so it seemed only fair they were unveiled at the boat party. 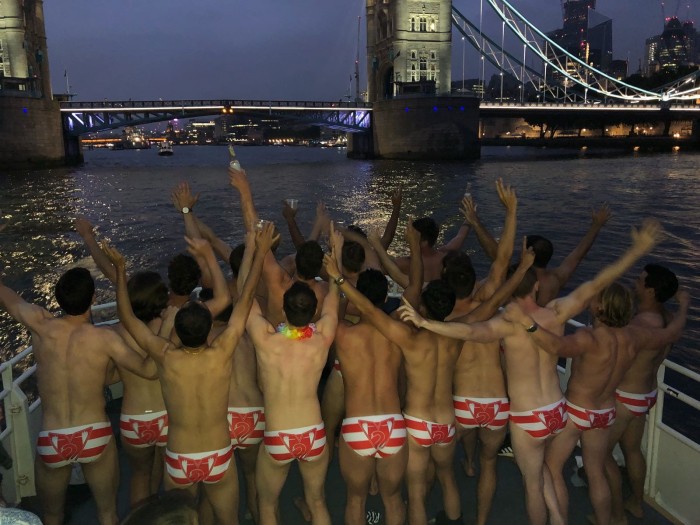 All of this activity must have been quite unexpected to the boat party’s surprise guest – a mistaken Canadian tourist who hopped on the boat and had nothing else to do for the four hours but join in the party.

As the night rounded out guests were treated to more of DJ Hammo’s “phat” (iMac generated) tunes, Joey trouncing all-takers in dance floor battles, and a final rendition of everyone’s favourite bagpipe based Aussie banger – The Voice by John Farnham.

All in all, it was a sensational night for all involved with over £1,700 raised for the club.

Are you interested in sponsoring the London Swans? With over 140 players each year and a social media following of over 1,600 people – we’re looking for businesses to partner with to keep our community club going and promote your great products and services. Please contact us on this website for more details.