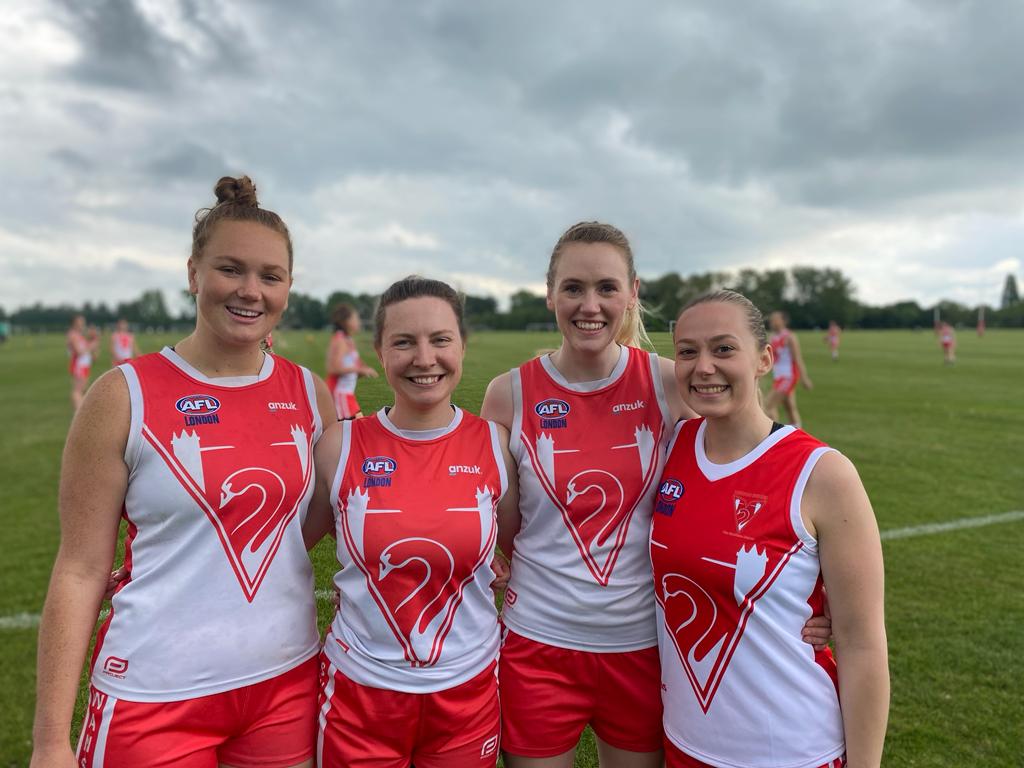 After starting the season as the underdogs, having not won a game since the 2019 grand final, questions were raised about our right to stay in the premier league.

Boy, did we prove the naysayers wrong.

It took us a few weeks to find our feet, but once Ash “I can bloody kick a goal” gave us our first goal against the lions, it was on. After weeks of building, improving not only our skills but team spirit, we finally got that elusive win on ladies day (53 to 1). From there, after a few more wins under our belt, we went on to play in the semi-finals against our sister club, losing by a mere margin.

This season we found out just how amazing the Swanettes are. We had our own David and Goliath moment. 13 Swans v 20 Giants playing a player down all game (and two in the last quarter!), we came away with the most exceptional win. I have played five seasons of footy (an absolute veteran for a woman) and this is my proudest moment on the field by far. Off the field, my proudest moment would have to be our synchronised diving routine in Malaga on footy trip (while wearing matching bathers).

2022 has been such a great year for the club. Thank you to everyone that has contributed to this season, whether you are a player, a helper or just someone that just comes down to watch. Thank you.

I would like to thank Nic and Jacko for coaching this year. All of the Swanettes appreciate your commitment and enthusiasm. I am so excited to have you back next year.

Special shout out to the one and only Ash. You’ll be known years from now as one of the greatest goal-kickers for the Swans and the Swan’s first woman president.

I grew up on a farm in country Victoria (trust me you won’t know the name of the place). With three older brothers, it was only natural that when the opportunity came to play in Swinburne’s inaugural women’s team, I took it. 6 years later, here I am in London, still playing and loving every minute of this amazing game.